Try a Fun Twist on Latkes 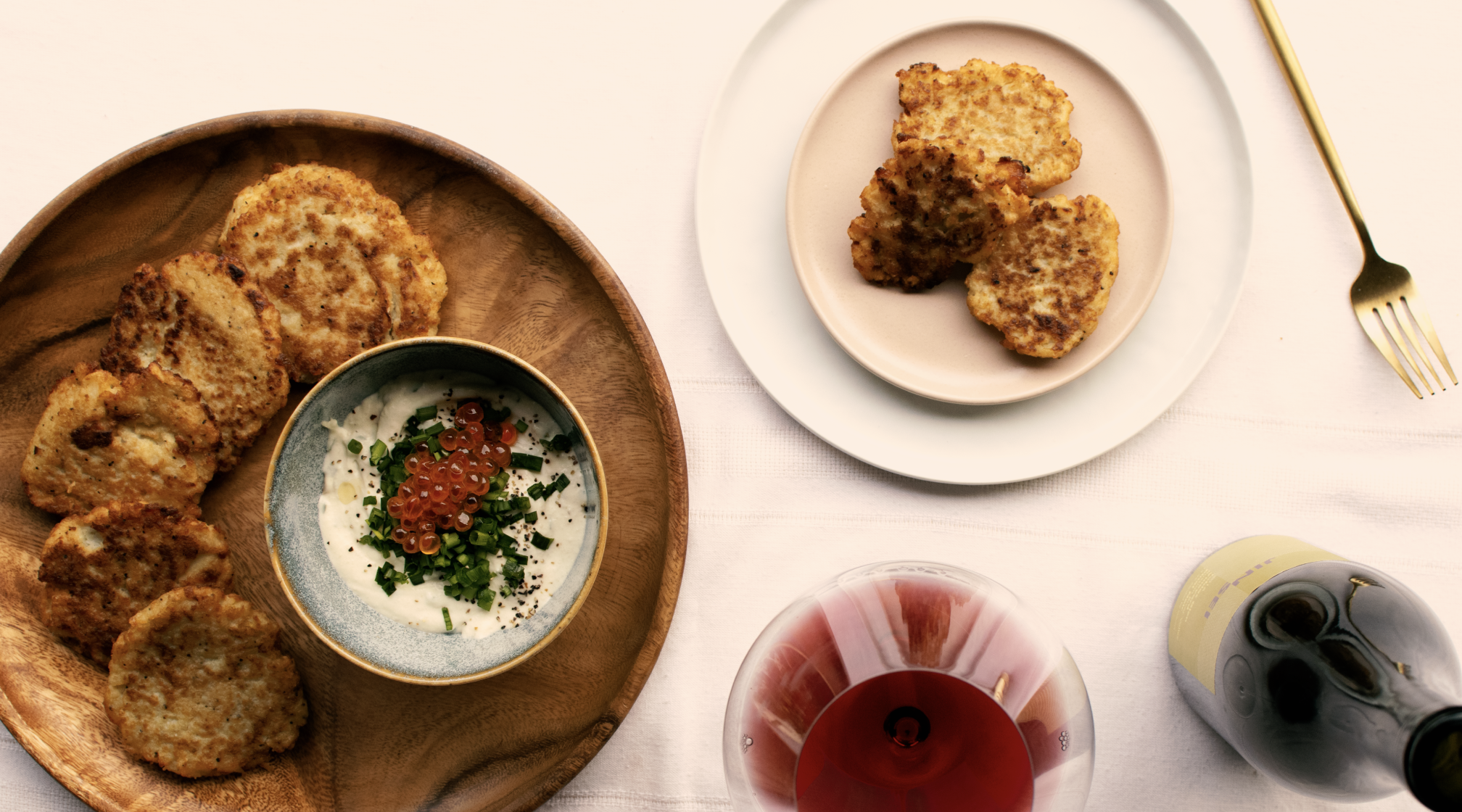 This dip is inspired by French onion dip. It’s a perfect appetizer, but make sure the latkes are crispy and warm, as they go well with the cool creamy dip and the pop of the trout roe.

Peel the potatoes and dice into ½ inch cubes. Rough chop the onion. In a food processor, chop the potatoes and onion until they are a fine mash. Add the potato mash to a clean towel or cheesecloth and close the ends. Squeeze out as much of the potato liquid as possible until you are left with a dry mash. Place this into a bowl. Add the egg, flour, salt, and pepper. Mix well. The mixture should be moist, but not runny. If too wet, add flour, one tablespoon at a time, until the mixture reaches the desired consistency. In a sauté pan on medium heat, add a light film of vegetable oil, then add a small spoon of potato mixture to the oil. Cook both sides just until light brown. Remove from the pan and drain on a rack or paper towels.

Place scallion dip in a bowl. Make a well in the middle. Spoon trout roe into the well and top with the reserved chives. Fill a pot with vegetable oil about 2 inches deep. Heat to 350ºF, then add a few latkes at a time. Fry until they are golden brown. Remove from the oil and drain on paper towels. Season with kosher salt. Serve warm with dip.